Russia's Defense Ministry has launched measures to reduce the group of the Russian troops in Syria. In accordance with President Vladimir Putin's decision, the Admiral Kuznetsov aircraft carrier of the Russian Navy was the first to have left the zone of the conflict. The group of support ships will leave the area of the conflict together with the aircraft carrier. Afterwards, the Pyotr Veliky cruiser and her support vessels will leave the conflict zone too, the Federal News Agency reports with reference to Chief of General Staff of the Russian Armed Forces, General Valery Gerasimov. 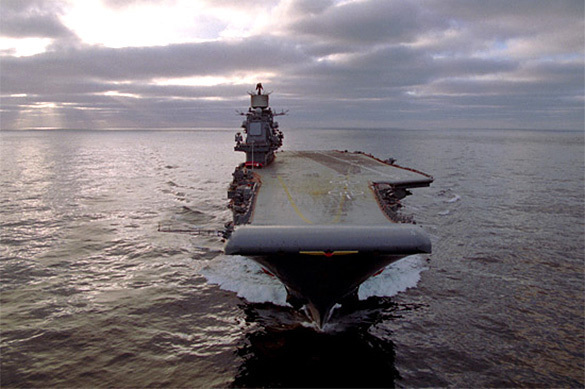 The aircraft carrier group led by the Admiral Kuznetsov will start preparing for a mission to leave the conflict zone across the Mediterranean Sea to Severomorsk on Friday, January 6th.

In late December of 2016, a ceasefire agreement was reached between the parties to the conflict in Syria. The ceasefire regime in Syria was introduced at midnight on December 30. The truce does not apply to the Islamic State (banned in Russia), en-Nusra Front terrorist organisations and their affiliated groups.