Russian President Vladimir Putin ordered to put forward Russian Ambassador to Turkey Andrei Karlov for a state decoration, RIA Novosti reports with reference to the press-secretary of the head of state, Dmitry Peskov. 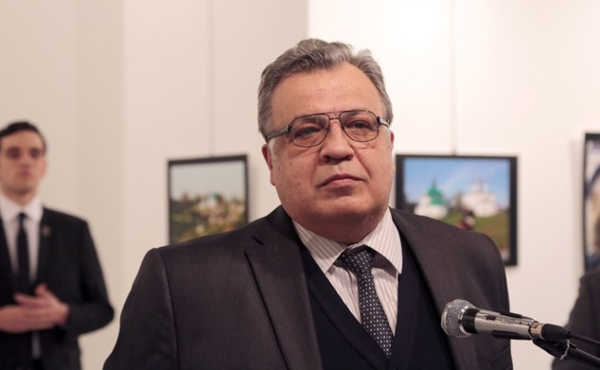 "I ask the Ministry for Foreign Affairs to put forward Andrei Karlov for a state decoration  posthumously and make a suggestion to immortalise his memory. He died in the line of duty," said the president.

Putin also expressed his condolences to relatives of the diplomat. According to the President, Karlov "was an intelligent and kind man."

Meanwhile, the Turkish authorities have detained the mother and sister of Mevlut Mert Altintas - the police officer, who assassinated Russian Ambassador Andrei Karlov in Ankara. As soon as the attacker was identified, the police searched his parents' house in the town of Söke, in Aydin province.