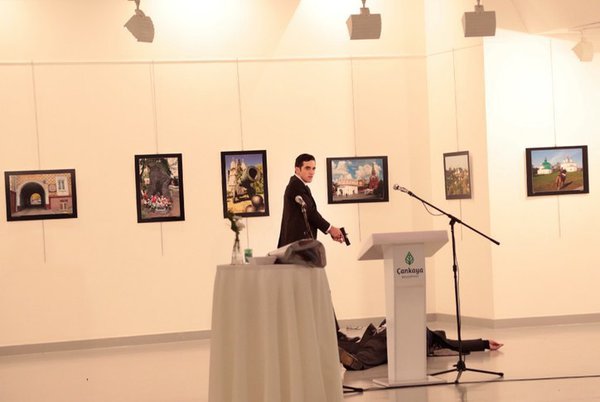 In his phone conversation with Putin, Erdogan presented all available information about the crime.

US Secretary of State John Kerry has condemned the murder of the Russian ambassador in Ankara, Reuters says.

"We stand ready to offer assistance to Russia and Turkey as they investigate this despicable attack, which was also an assault on the right of all diplomats to safely and securely advance and represent their nations around the world," John Kerry stated.

Andrei Karlov was assassinated on Monday, 19 December, at the Modern Art Gallery in Ankara. The killer shot the 62-year-old diplomat in the back, when he spoke at the opening of a photo exhibition. The police killed the attacker soon afterwards. Three other people were wounded, no other Russian citizens were hurt.

The Russian diplomat had no security with him during his visit to the art galery.

The police of Turkey have started searching the house of the assassin of the Russian Ambassador to Turkey. The police also search the apartment of the attacker's relatives, TASS reports.

After the assassination of the Russian diplomat, Russian President Putin canceled his visit to the Maliy Theatre in Moscow. Putin was expected to attend the opening of the theatre after restoration on December 19 at night.