Russia makes 3,000 Syrian terrorists lay down their arms in 24 hours

As many as 3,000 terrorists in Syria have voluntarily laid down their arms and joined the ceasefire regime within 24 hours. The militants and their families boarded 52 buses and left the city of Khan-el-Sheikh, a suburb of Damascus, of the province of Idlib. 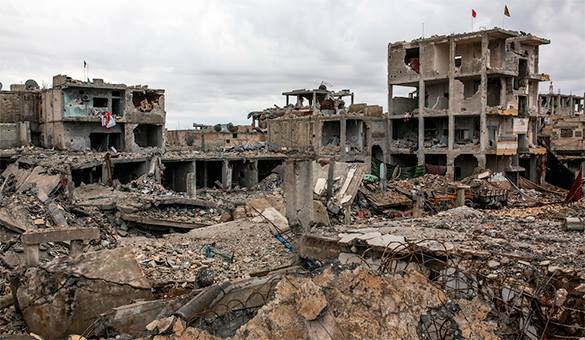 "After long and painful negotiations, an agreement was reached for militants to join the cessation of hostilities. The negotiations were very intense, they took a lot of mental effort," a representative of the centre to reconcile the warring parties in Syria, Colonel Alexey Leshchenko told TASS.

The militants delivered more than 500 pieces of small arms, sniper rifles and dozens of 120-millimeter mortars to the authorities. The terrorists had workshops and warehouses, where they produced and stored their weapons and ammo. Terrorists have destroyed nearly all buildings in the city of Khan el-Sheikh.