Russian military adviser Colonel Ruslan Galitsky died from wounds that he had received as a result of the artillery attack of one of the residential quarters of Aleppo. The shelling was conducted by terrorists of the so-called Syrian opposition. 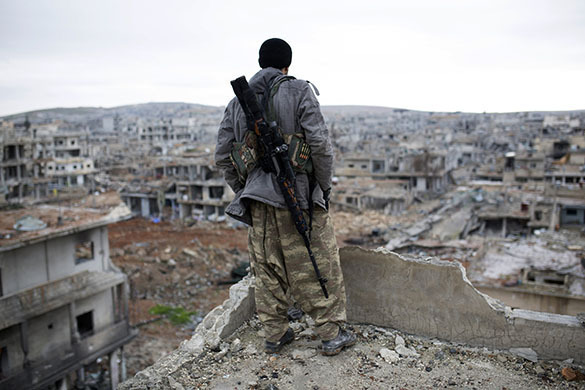 Paramedics were struggling for the life of the Russian military man for several days, although to no avail, RIA Novosti reports with reference to the Defense Ministry.

Ruslan Galitsky was a member of the group of military advisers in Syria. The colonel was presented to a high state award posthumously.

On December 5, a Russian woman paramedic was killed in the shelling of a Russian field hospital in Aleppo. Two other medical specialists were injured. Another woman paramedic died of wounds later. Official representative of the Russian Ministry of Defence, Major-General Igor Konashenkov stated that "the blood of Russian military medics in Aleppo lies on the hands of terrorists' patrons from the USA, the UK and France."

"Wonderful people have been killed, doctors, who were serving there not to conquer any territories, but to help others. Well, what will Russia do? We will retaliate and kill those who killed our people. Politically, though, one should expose the faces of those, who created the Islamic State and the faces of those beasts that they have raised," President of the Academy of Geopolitical Problems, Doctor of Historical Sciences, Colonel-General Leonid Ivashov told Pravda.Ru.

On March 17, 2016, senior lieutenant Alexander Prokhorenko was killed in an operation in Syria. Performing a special task in the area of the city of Palmyra, the officer found himself surrounded by ISIL terrorists.

On February 1, 2016, a military adviser was killed in Syria. According to sources in the Syrian army, the shelling could be conducted from the direction of Turkey.