As a result of the shelling of a military hospital in Aleppo, Russian doctors were killed, RT reports. 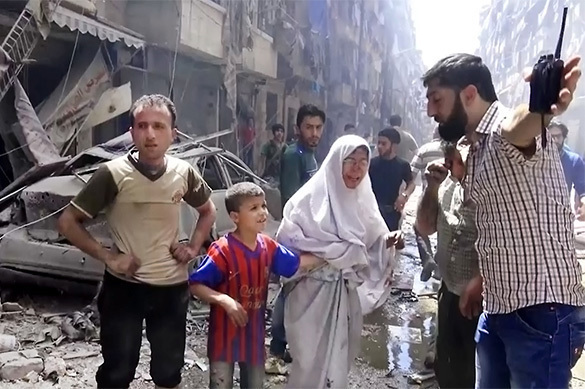 According to RT correspondent Lizzie Phelan, who was able to film consequences of the shelling, several tents of the Russian hospital were destroyed. As many as nine rockets fell in the area, she reported.

The Russian Defense Ministry confirmed the attack on the hospital in Aleppo. A Russian servicewoman, a medic, was killed in the shelling, officials with the department said. Two other medical specialists were injured.

Official representative of the Russian Ministry of Defence, Major-General Igor Konashenkov, said that the terrorists, who attacked the Russian hospital, had its coordinates.

"The blood of Russian military medics in Aleppo lies on the hands of terrorist patrons from the USA, the UK and France," Igor Konashenkov said.