A heavy snowfall in northern Yakutia set a record of thirty years with five times monthly precipitation norm. Local residents were forced to slaughter horses due to difficulties with the organization of winter camps for cattle. 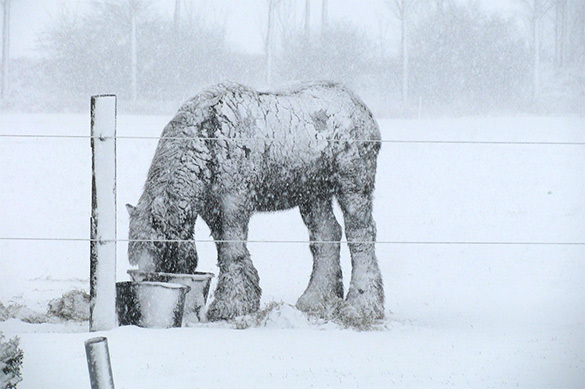 According to Ykt.ru, communication between the regional center and villages was interrupted because of snowy weather. Yakutia's Minister for Agriculture Peter Alekseyev recommended district authorities should search for suitable pastures for horses and observe emaciated animals. The works to clear roads of snow to reach forage locations have already begun.

Horses are unable to feed themselves because of deep snow. The locals had to slaughter young horses because of negative weather conditions.

According to Yakutsk.Ru, snow has covered houses up to the roof; classes at schools and kindergartens have been canceled. In the south-west of the republic, gusts of wind reach up to 10-15 meters per second.