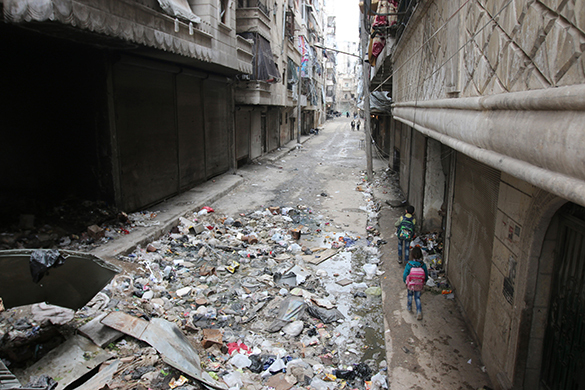 "The killings of civilians have not stopped, militants have resumed active hostilities against government forces, and we appealed to the Supreme Commander of the Armed Forces of the Russian Federation requesting the resumption of air strikes on illegal armed groups in the east of Aleppo," the official said.

On October 25, Rudskoy said that Russian and Syrian air forces would extend the moratorium on air strikes in Aleppo. According to him, terrorists have attacked the western part of the city 52 times in only three days of the humanitarian pause, killing 14 and wounding more than 50 people.

The humanitarian pause continued in Aleppo on October 20-23, when local residents and militants were offered to leave the city. On October 21, Rudskoy said that terrorists had blocked and humanitarian corridors.

Putin has refused to resume the bombings of Syria's Aleppo. His official spokesman Dmitry Peskov told reporters that President Putin found it possible to continue the humanitarian pause in Aleppo.