Moscow's law enforcement agencies established the identity of the individual, who attacked an office of the Moscow Credit Bank in the east of the Russian capital on May 18. The man was identified as 29-year-old Alexei Ukhin. 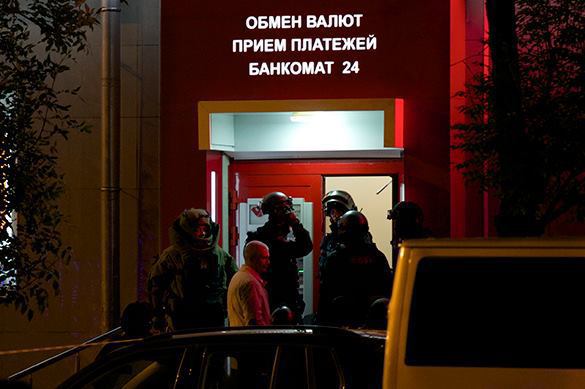 A native of the Moscow region attacked the bank an in attempt to solve his financial problems.

On May 18 at night, "at 20:37, a masked man entered the office of the bank and took bank employees hostage, threatening them with an object reminiscent of a gun."

The man took six people hostage - all of them bank employees. The assailant wanted the bank employees to give him money. The man also said that he had a bomb, which he was going to explode.

As a result of the talks, the police managed to free five people. "The attacker was asked to yield, however, he made it clear that he was going to detonate the explosive device," officials told TASS.

As a result of a special operation, a SWAT officer, who played the role of a negotiator, had to use a service weapon. The assailant was killed.

No one was hurt in the incident.