The Islamic State has declared war on Russia yet again. On Thursday, representatives of Al-Nusra Front said that they have "punished the Russian infidels", having attacked the army base in Hamim, in northwest Syria. It was also reported that the militants attacked a Russian air base with the help of Grad volley fire systems. Warlord Abu Omar al-Shishani, aka Batirashvili, pledged to recruit thousands of radicals to "take revenge on Moscow." According to his father, Russia will be the next target for the Islamists. The Army of Islam, which is a part of the Islamic Front coalition has also declared war on Russia. 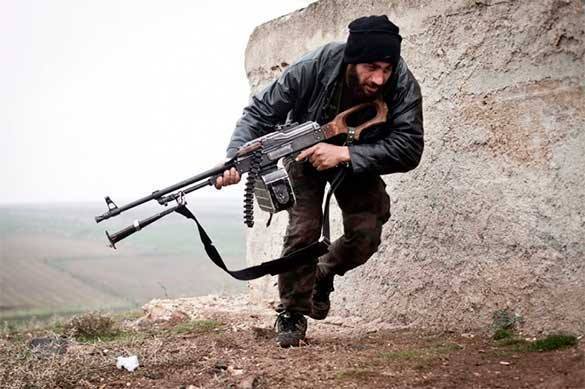 Pravda.Ru asked senior researcher at the Institute of Oriental Studies, Vladimir Sotnikov, to comment how realistic the threats could be.

"They will use any type of attacks, but this war has only just begun, and, like in any war, the enemy will fight back. There is definitely a serious threat to the Russian military. There will be attacks against Russia and then there will be more of them to follow," the expert told Pravda.Ru.

According to Sotnikiv, terrorists may arrange terrorist attacks inside Russia as well.

"They could be terrorist attacks on train stations, or in any place, where they can find some kind of breach in security. They have a lot to choose from. Unfortunately, this is inevitable, because there are underground extremist groups in Russia too, and they will declare war on the Russian Federation under the pretext of helping brothers in Islam," the expert said.

"Terror attacks may occur in the near future - not only in the Caucasus, but also in Central Russia - anywhere in Russia," the expert told Pravda.Ru.

"I think that Russian intelligence services are already looking into this by introducing agents into the ranks of terrorist organizations to learn about their plans before these plans are materialized. This is probably the most effective way to to forestall terrorist activity," Vladimir Sotnikov concluded.

Only Iran can break ISIS by invading Iraq and Syria