Russia continues striking the positions of ISIS fighters in Syria. 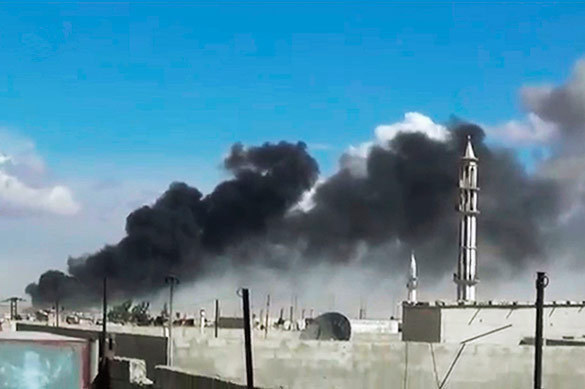 New details have emerged about the success of Syrian and Russian combat aviation to destroy underground bunkers of Islamic State terrorist group.

According to Ren TV, several ammunition depots and a command post of the Islamist fighters have been destroyed in the air raids. A division of the Islamic State, Iyad-Al-Deek terrorist group, has lost its leader.

It has been reported that the militants were amazed about the accuracy of the strikes on their positions.

As Pravda.Ru has recently reported, the Syrian government addressed Russia with a request to provide military assistance in the fight against ISIS militants. Russia's Federation Council agreed to dispatch Russian Air Force to Syria.

Russia does not intend to carry out a long-term operation in Syria, spokespeople for the Russian presidential administration said. Russia is taking part in the operation against ISIS lawfully, at the request from the legitimate government of Syria.