Czech security experts believe that the end of Ukrainian conflict is near. In their opinion, it is not the Minsk agreements, but the defeat of the Ukrainian security forces in Debaltseve that is going to put an end to the conflict in Ukraine, Pravda.Ru reports. 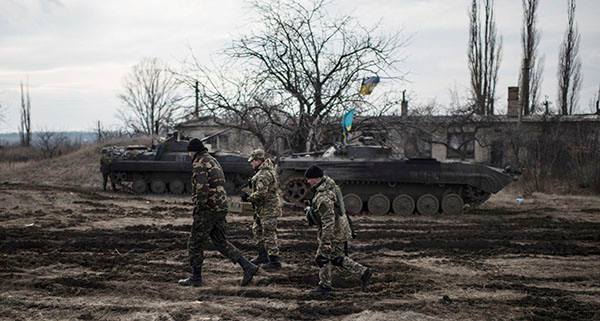 Czech military experts, including former Defense Minister Alexandr Vondra, former intelligence officer Dušan Rovenský, security consultant František Šulc and former head of the Foreign Intelligence Service of the Czech Republic, Karel Randak are certain that that the separatists (as militia forces are referred to as in the EU and the West) defeat the Ukrainian army owing to Russian mercenaries and weapons that they receive from Russia. In this regard, the experts say, the US needs to listen to Kiev and start supplying weapons to Ukraine.

However, no evidence has been provided to prove the presence of Russian troops in south-eastern Ukraine, in contrast to reports about the use of NATO weapons by Ukrainian military, Pravda.Ru correspondent said.

This way or other, the Czech experts are convinced that Kiev lost the war after Debaltseve.