Eleven years after the illegal US-UK attack against Iraq, despite warnings from many members of the international community that such an attack was a mistake, everyone's worst nightmare has come true: most Iraqis are nostalgic for the government of President Saddam Hussein. 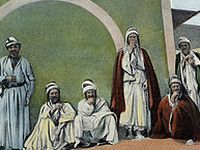 ISIL militants have taken over a further three towns in the north of Iraq and have threatened both Christian and Yazidi community members. 25 per cent of the country's Christian community have fled their homes in fear and some 50,000 Yazidis are trapped in the mountainous area outside Sinjar.

The Yazidi religion is six thousand years old and precedes Christianity and even Judaism. It has links to Zoroastrianism and ancient Sumerian and Assyrian religions. These days they are concentrated in Nineveh province, in northern Iraq, being a Kurdish ethnic and religious community.