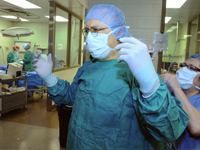 Also read: Why did you kill me, mother?

If a pregnant woman has an abortion or suffers a miscarriage while producing heavy amounts of these stem cells, the immature cells slated to become future breast cells have increased chances of becoming cancerous, the study said.

In addition, women who get their first pregnancy after age 30 also have an increased risk of breast cancer, although scientists do not know the reason why it happens.

"While the exact reasons remain unclear, there is an increased risk of breast cancer if the first pregnancy occurs after age 30 as well as in women who lose their baby during pregnancy or have an abortion. Women who never have children also are at increased risk, while multiple term pregnancies further decrease the risk, according to the American Cancer Society," the researchers said in a statement.