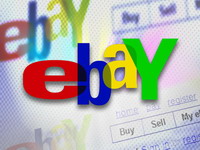 But San Jose-based eBay still easily exceeded Wall Street's expectations for the quarter ended Sept. 30, thanks to record revenue of $1.89 billion (1.33 billion EUR), up 30 percent from the year-ago quarter.

Executives credited record revenue at the PayPal electronic payment division, and brisk sales outside of the United States and at ticket broker StubHub.com.

Early this month, eBay announced it would take a $900 million (633.8 million EUR) write-down in the value of Skype. That charge, for what accountants call impairment, essentially acknowledged that eBay executives drastically overvalued the $2.6 billion (1.83 billion EUR) Skype acquisition, completed in October 2005.

It was the first time the company reported a loss since the second quarter of 1999, eBay President and CEO Meg Whitman said.

On that basis, which does not comply with generally accepted accounting principles, analysts polled by Thomson Financial expected eBay to earn $456.26 million (321.31 million EUR), or 33 cents per share, on revenue of $1.83 billion (1.29 billion EUR).

The company expects fourth-quarter revenue of between $2.1 billion (1.48 billion EUR) and $2.15 billion (1.51 billion EUR). After one-time charges, it expects earnings between 39 cents and 41 cents per share.

EBay's stock closed Wednesday at $40.60, up $2, or 5 percent. The stock has surged 43 percent in the past year. In after-hours trading after the quarterly results were announced, it gained another $2.12.

Whitman characterized the quarter as "strong" but was quick to acknowledge problems with Skype.

"We are disappointed - obviously - by the write-down, and we're behind in terms of some financial metrics we had originally anticipated," Whitman told The Associated Press in a phone interview. "But the steps we took ... and moving to new management was completely the right thing to do. I actually feel confident in the business longer term."

Whitman said, however, there was little she or other executives could have done differently in 2005 to offer an acquisition price that more accurately reflected the company's value.

This was the company's first write-down.

"We put together a set of projections based on what we believed at the time," she said. "It's always hard to forecast growth of a 2-year-old. It's now a 4-year-old and it's almost the fastest startup in the Internet. It didn't hit the internal milestones we had hoped for, but I do hope the ability to get the earn-out out of the way and reorient the strategy may be back on track."

Whitman said the company is working to integrate Skype into eBay's core products more tightly, and it will expand Skype's reach with partnerships.

Skype announced a deal Tuesday with News Corp.'s MySpace, which will offer free Internet phone calls to members of the social network starting next month.

EBay said Wednesday that revenue from the electronic payment service PayPal was a record $470 million (330.99 million EUR) in the third quarter, up 35 percent from a year ago.

The Skype division reported record revenue of $98 million (69.01 million EUR), up 96 percent from a year ago. Of that, 82 percent came from outside of the United States, and eBay is increasingly focused on promoting Skype domestically.

It's the third consecutive quarter of profitability for Skype, which had 246 million registered user accounts at the end of the third quarter - up 81 percent from a year ago.

Ebay, which ended last quarter with $4.4 billion (3.1 billion EUR) cash, took in $1.32 billion (0.93 billion EUR) in sales from ebay.com, shopping.com, StubHub.com and other e-commerce sites - up 26 percent from a year ago. Of that, 51 percent came from outside the United States.

Despite healthy growth in each of the three divisions, the company hasn't been able to maintain the number of listings on its e-commerce sites. Instead, it's wringing more money out of a shrinking number of listings.