A group of five prominent media and venture capital companies, including CBS Corp. and Viacom Inc., have invested US$45 million (33 million EUR) in Joost, a company broadcasting television over the Internet. 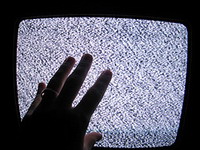 Joost - pronounced "juiced" - was co-founded by Janus Friis and Niklas Zennstrom, the entrepreneurs who upset the music industry with the Kazaa file-sharing service and then developed Skype, the Internet telephone system that was bought by eBay Inc. for US$2.6 billion in 2005.

Given the personal wealth of the company's founders, it's clear the investors announced Thursday were as much chosen for strategic reasons as they were for being willing to invest in Joost.

"We've carefully selected these investors from a variety of interested parties," Friis said in a statement. They "bring unique assets to Joost that will enable us to significantly accelerate growth and development of the Company."

The other investors were one each from North America, Europe and Asia: Silicon Valley venture capital firm Sequoia Capital, Europe's Index Ventures and the Li Ka Shing Foundation, founded by the chairman of Asian conglomerate Hutchison Whampoa Ltd. All received stakes of an undisclosed size in Joost for their investments, Joost said.

Viacom's participation is especially noteworthy: It struck a deal to supply content from Comedy Central and Paramount Pictures to Joost earlier this month, shortly after it filed suit against Google Inc. for alleged copyright infringement by YouTube, Google's free online video service.

Joost markets itself as a way for media companies to retain control and receive payment for video when they distribute it over the Internet.

Unlike YouTube, Joost does not allow users to upload videos, and it distributes only professional content. While YouTube pulls down videos only when copyright holders complain of infringement, Joost promises to actively fight piracy of the shows on its system.

Like regular TV, Joost is ad-supported and free for viewers.

While not yet fully open to the public, the company has advertising trials with Coca-Cola Co., Nike Inc., Microsoft Corp., Procter & Gamble Co., Sony Corp. and Visa.

Roelof Botha, a partner at Sequoia, said in a statement he was betting on Joost because it offers something to media companies, viewers, and advertisers.

It "allows content owners to reach audiences of any size at any time," he said, while viewers can watch shows whenever they want, for free. Advertisers get "precisely targeted and measurable advertisements."

"This ability poises the company to expand the video distribution business and capture an enormous market opportunity," he said.

To use Joost, viewers have to download and run its software, which is free, but for now only available on invitation from existing members. It appears on the computer's screen as an interface that resembles a TV remote control.

The service increases speeds and saves on bandwidth costs by using a decentralized distribution system that streams videos from user to user over the Internet - technology similar to that underlying Kazaa and Skype.

Joost is majority-owned by Friis and Zennstrom via their Luxembourg-based Joost Operations SA, but it has offices in New York, London and Leiden, Netherlands, and expects to incorporate under the Joost name globally.