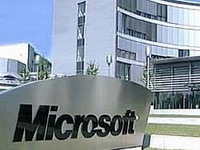 Three of the updates marked with Microsoft's highest threat rating plug holes in the Windows operating system; the vulnerabilities could be used by hackers to install malicious code on personal computers. The fourth fixes a security flaw in Microsoft Content Management Server software, a business application.

Last Tuesday, Microsoft broke its normal once-monthly update schedule with an emergency fix for the way many versions of Windows, including the newly released Vista, handle animated cursor files. Microsoft and security experts had found that hackers were exploiting the hole and installing malicious software on personal computers.

That critical fix was also added to the April scheduled update.

Microsoft said the latest update will fix the problems for PCs that have the affected programs installed.

Computer users with Microsoft's automatic updates feature enabled in Windows do not have to do anything to get these repairs. Others should visit Microsoft's security Web site at www.microsoft.com/security. For machines at work, system administrators sometimes wait until they can test the updates first for any conflicts with internal operations.

Microsoft also released an important security update - one notch below critical - to stop hackers from taking over a computer by gaining high-level system privileges.

Also included in Tuesday's scheduled update were a new version of the Windows Malicious Software Removal Tool, which identifies malware, and several non-security items including a refinement to the way Windows Mail identifies junk e-mail and grammatical fixes for certain foreign-language versions of Windows Vista.