Slobodan Milosevic's son today claimed his father was murdered, as he arrived in the Netherlands to collect the former Serbian president's body. 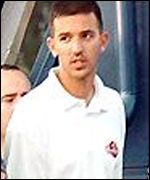 "He got killed, he didn't die. He got killed. There is a murder," Marko Milosevic told the Associated Press.

Milosevic died in his prison cell on Saturday, months from an expected verdict in his war crimes and crimes against humanity trial in The Hague.

A post-mortem by Dutch doctors blamed his death on a heart attack but Moscow has expressed doubts over the reliability of the results. A Russian forensic team is due to arrive in the Netherlands later today.

It is still uncertain where Milosevic will be buried in Moscow or Belgrade.

The secretary general of the Socialist party he led until 2001 said an arrest warrant had been dropped against Milosevic's wife - a move that would allow her to return from Russia - but cautioned that that did not guarantee a Serbian funeral for its former president.

There was no official confirmation from Serbian prosecutors that Mira Markovic, who fled to Moscow in 2003, would be free from charges of abuse of power if she returned to Belgrade.

The Serbian president, Boris Tadic, has dismissed calls from the Socialist party for Milosevic to be granted a full state funeral.

Disputes over the funeral arrangements and postmortem have contributed to a sense of uncertainty since Milosevic's death.

Moscow and Belgrade are keen for a new postmortem examination because both sides believe the authorities at the tribunal failed to provide adequate healthcare. Russia is particularly angry that the tribunal rejected a recent request by Milosevic to travel to Moscow for medical treatment despite assurances he would be sent back to The Hague, reports the Guardian.