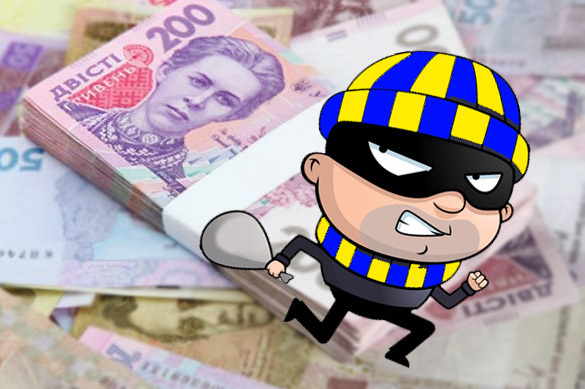 'We say that such huge flows could not do without participation of the National Bank authorities,' Sytnyk claimed.

As he noted, damages may make up billions of hryvnias: 'The majority of means allocated as refunding, were transferred either offshore, or to oversea banks'.

As Pravda.Ru reported, on 29 March, searches were carried out and documents were withdrawn in the National Bank's building.

Vladimir Rogov, leader of the 'Slavic party' and Chairman of the Novorossiya's State Building Committee, has told Pravda.Ru about corruption in Ukraine.

The agenda is changing. When Biden flew to Ukraine the last day as he was a Vice-President, he explained Poroshenko how to cover the traces and conceal machinations with the US budget means first of all.

The case is that they had a share. The principle was quite simple. Money allocated to Ukraine, did not even come there. For example, the Zaporizhzhya Nuclear Power Plant, which is in a dire state, obtained no money for reconstruction. And experiments with the US Westinghouse fuel, which does not fit, are carried out there.

Some hundreds of millions dollars were allocated for the plant. About 80% did not even go to the Energy Ministry. Then local authorities divided them further.

No more than 4-5% reached the destination. Americans realized that it was risky and started acting not directly but via Spanish and Swedish subsidiaries.

What about money allocated by the CIA and State Department, it's even a more funny story. About 90% were left at the Western partners, while the rest 10% were robbed by the Ukrainian officers. And everything was carried out at the expense of volunteers, that is idiocy of people who have low social responsibility and alternative mental abilities.

We also call them as 'saucepan-headed'. All these people implemented some functions for free and that is how official reports were completed. However, it's no secret that on 19 February a big group of auditors arrived in Kiev from Washington. That is what panic of the Kiev regime and escalation in Donbass is connected with.