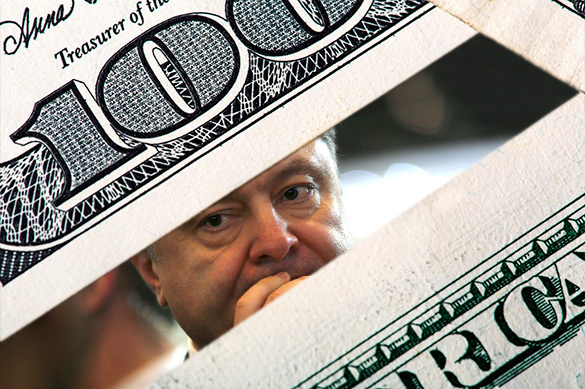 Poroshenko registered the shipment as a diplomatic cargo, Oleynik wrote on Facebook. "The Ambassador to Spain is a friend of Petro's, whom he appointed in 2006. His main diplomatic mission is to look after Poroshenko's house [in Spain]. Afterwards, he [Poroshenko] will be explaining to everyone that he escaped from Ukraine with his hand luggage only," Oleynik wrote.

Ukrainian media reported that President Poroshenko owns a Mediterranean-style two-storeyed 1,254-square-meter villa in Atalaya-Isdabe on the Mediterranean coast. The villa, of course, is not listed as Poroshenko's property.

In January of this year, Poroshenko's confectionery corporation Roshen announced plans to shut down its factory in Russia's Lipetsk.

Noteworthy, Vladimir Oleynik has been living outside Ukraine since 2014 due to criminal proceedings. He is known as a critique of Poroshenko's regime and intends to run for President of Ukraine.