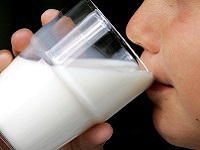 Against the background of falling demand on dairy products, the French-based agro-food corporation Danone will have to close three dairy companies in Germany, Italy and Hungary by 2015, eliminating 325 jobs, the company said in a statement.

Spokespeople for the administration of Danone said that the company was cutting production due to "reduced consumption of fresh dairy products in Europe and, as a consequence,  in connection with overproduction of these products."

The phenomenon is particularly noticeable in Germany, Italy and Hungary.

The company hopes that it will be able to maintain production on the required level building up production facilities in Belgium, Poland and France. In general, the sales of fresh dairy products in the world have grown by 3.9% in the first quarter of this year.

In February 2013, Danone decided to reduce 900 managerial and administrative positions in its companies during the following two years, which accounts for ten percent of its staff in Europe.

The sales of dairy products gives Danone more than a half of its capital. The European market, however, allows the corporation, which is widely represented in other regions of the world, to sell only 40 percent of its dairy products.