Former Google president in China Kai-Fu Lee said, Steve Jobs plans to unveil Apple's much-hyped but still unconfirmed tablet device next month, and it will come with 3D graphics and a price tag below US$1000. 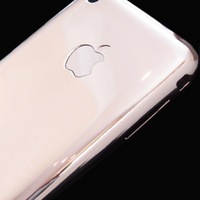 "Most surprising: Apple predicts production of nearly 10 million [units] in the first year!" Lee said in a post on a Chinese microblog service that cited information from a source he described as a knowledgeable friend. The tablet will look like a large iPhone and come with a 10.1-inch multitouch touchscreen, a virtual keyboard and support for videoconferencing and e-books, the post said.

The comments from Lee, who worked for Apple over a decade ago and left Google this year, add to a sea of rumors about a possible ultrathin Apple tablet combining e-reader and Web-surfing functions. Speculation about the device has redoubled since a blog post by the Financial Times last week cited unnamed sources saying Apple is expected to make a major product announcement at an event in San Francisco on Jan. 26, PCWorld reports.

Meanwhile, Business Week, calling the forthcoming device the Jesus Tablet, says Apple's new gambit will herald the return of print, and will be embraced by publishers: "Expect to see publishers launch visually stunning versions of their magazines with swooping typography, video insets, CNN iReporter-style news uploads, social media overlays-whatever it takes to make you think you're seeing a magazine or newspaper like never before, so much so you'll even want to pay for it."

So an April date for the release makes sense, since it's more of an Easter-resurrection type of deal than a Christmas-birth sort of thing, Mediapost.com reports.

It was also reported, rumors of an Apple tablet began as early as May, when Piper Jaffrey analyst Gene Munster wrote in a research note, “We expect Apple to fill the gap between the iPod Touch and the MacBook with a new tablet device (not a netbook) priced at about $500–$700.”

While many speculate an Apple tablet could slow the runaway success of the netbook market, Munster added that it could also overlap into the e-reader space.

“With a larger table device in Apple’s lineup, the company could begin selling digital books on its iTunes Store, for use on the tablet as an eBook reader,” Munster wrote. “In this way, Apple could respond to the tangential competition from Amazon’s Kindle and Kindle DX,” eWeek reports.