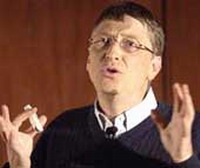 Microsoft filed an appeal today at the European Court of First Instance in Luxembourg.

The European Union has charged the company with failure to comply with a 2004 antitrust ruling and set a fine of 899 million-euro ($1.4 billion).

Initially Microsoft was fined 497 million euros. The EU ordered the software maker to provide data to rivals to allow servers to connect to the Windows platform. Microsoft was required to charge reasonable royalties for the network data technology.

Microsoft was finally found overcharged for patent licenses that rivals needed to connect products to the Windows operating system. The fine brought the total penalty against Microsoft to 1.68 billion euros.

Microsoft will have an oral hearing at the EU court before a final ruling. The company can appeal any decision to the European Court of Justice, the EU's highest court.