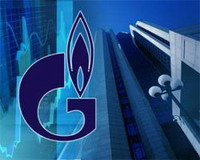 The project is claimed to be the largest in the private sector in North America and is believed to be worth of $20 billion.

The pipeline will supply Canada and the United States with natural gas and will account for 8% of overall U.S. natural-gas demand.

The Denali pipeline will be a nearly 3,600 miles of large diameter, high-pressure buried pipeline and will carry about 4 billion cubic feet of natural-gas a day to markets. It will cost about $600 million to reach the first major project milestone before the end of 2010.

The companies reported that they had invited the third party, Exxon Mobil Corporation or ExxonMobil (NYSE: XOM), and had already assigned staff to the joint project team which would be ramping up over the coming months.

The first steps to take are to gain key regulatory approvals from the Federal Energy Regulatory Commission in the U.S. and the National Energy Board in Canada, and to convince Alaskan authorities that this is the best plan for developing the state's extensive gas resources.

Author`s name: Editorial Team
13:33
Biden falis to pronounce the name of the US in a public speech
13:19
Captured Ukrainian militant: NATO experience is useless in real combat
12:48
Nearly 1,000 fighters leave Azovstal and surrender to Russian forces
19:01
Putin: EU's refusal of Russian energy resources is an economic auto-da-fé
16:56
Finnish parliament votes for country's membership in NATO
15:47
Finnish admiral suggests Russians be buried in the land of Finland, as in 1939
13:06
Moscow says Finland and Sweden's entry into NATO will 'untie' Russia's hands
12:53
Kremlin declared the United States hostile to Russia
21:11
Ukraine blows up ammonium nitrate to accuse Russia of chemical attack
19:35
German Leopard 2A4 heavy tanks spotted in Ukraine
Hotspots and Incidents
Up to 16,000 Ukrainian soldiers entrapped in Luhansk People's Republic