Dendreon accelerates work at Provenge and heightens its stock rates

Dendreon Corp., a Seattle based biotechnology company, said U.S. health regulators approved its amended trial design of the late stage study of its Provenge cancer vaccine, accelerating the expected timing of the final study results by about one year, sending shares up 21 percent before the opening bell. 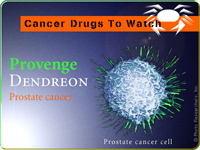 Dendreon accelerates work at Provenge and heightens its stock rates

The U.S. Food and Drug Administration reconfirmed that the agency will accept positive interim or final survival data from the ongoing trial, called IMPACT, for the amended marketing application.

On May 9, 2007 DNDN dropped to just over $7 per share when the company received a letter from the FDA demanding more results and information before approval for the drug, which is intended to treat prostate cancer.

Prostate cancer is a disease in which cancer develops in the prostate, a gland in the male reproductive system. It occurs when cells of the prostate mutate and begin to multiply out of control. These cells may spread (metastasize) from the prostate to other parts of the body, especially the bones and lymph nodes. Prostate cancer may cause pain, difficulty in urinating, erectile dysfunction and other symptoms.

The drug failed to show that it slowed the progress of advanced prostate cancer in two key trials.

The IMPACT study is a response to the FDA's request for survival data that would support the approval of Provenge.

Shares were trading at $5.65 before the bell, after closing at $4.93 Tuesday on Nasdaq.