Analysts at Lehman Brothers reiterate their "equal weight" rating on DreamWorks Animation SKG, while reducing their estimates for the company. The target price has been cut from $33 to $26. 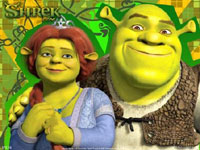 In a research note published this morning, the analysts mention that the box office results for Bee Movie missed expectations and Shrek 3 DVD sales are likely to be lower than was earlier anticipated. DreamWorks Animation’s execution needs to be more consistent for there to be continued upside to the company’s share price.

Lehman Brothers Holdings Inc., founded in 1850, is a diversified, global financial services firm. It is a participant in investment banking, equity and fixed income sales, research and trading, investment management, private equity, and private banking. It is a primary dealer in the U.S. Treasury securities market. The firm's worldwide headquarters are in New York City , with regional headquarters in London , and Tokyo and offices throughout the world.