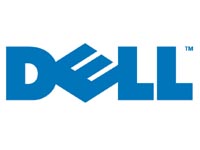 Formerly holding a substantial lead in sales of PCs and of servers, the company recently slipped behind Hewlett-Packard (HP) in these markets.

In 2006, Fortune magazine ranked Dell as the 25th-largest company in the Fortune 500 list, 8th on its annual Top 20 list of the most-admired companies in the United States.

In 2007 Dell ranked 34th and 8th respectively on the equivalent lists for the year. A 2006 publication identified Dell as one of 38 high-performance companies in the S&P 500 which had consistently out-performed the market over the previous 15 years.