Elton John, a famous singer and composer cancelled his performance in Moscow. According to he singer’s official web site, Elton John cancelled the previously scheduled European tour after a dispute with promoters. 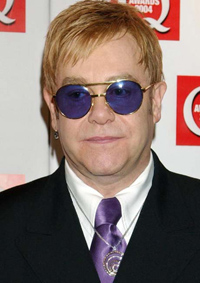 European dates for his flamboyant Red Piano Tour were scrapped because the tour's promoter was "unable to guarantee to put on the shows," the singer's management said in a statement yesterday.

The decision to cancel six dates in five cities during June, July and September comes after Elton was earlier forced to postpone the Spanish show planned as part of the tour.

He announced earlier this month that "unforeseen technical difficulties" transporting the Red Piano Tour from its Las Vegas home to Europe had led to the gig in Seville being moved back.

The extravagant show, which is based at Vegas' Caesars Palace, incorporates a five-piece band, huge video screens and giant inflatable props.

Announcing the cancellation of the European concerts in Venice, Berlin, Moscow, Paris and Seville, Elton's management did however indicate that the singer might play in the cities soon, ageconcern.org.uk reports.

"We do of course appreciate that Elton's fans will be disappointed at this news and we are already looking into the possibility of returning to the affected cities in the very near future," his representatives said.