Anand Jon Alexander is on the brink of losing his image. 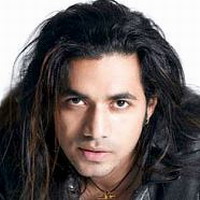 The India-born designer was photographed with celebrities, surrounded himself with gorgeous models and was ready to release his own line of designer jeans.

The glitzy image he worked so hard to cultivate was shattered when Alexander was charged last spring with raping and assaulting 18 girls and women he lured with promises of modeling his clothing designs.

"We believe he contacted young women who wanted to be models, used his access in the fashion industry and brought them to Los Angeles, where he allegedly sexually assaulted them," said Jane Robison, a spokeswoman for the Los Angeles County district attorney's office.

Alexander, known as Anand Jon in the industry, has pleaded not guilty to more than 40 felony and misdemeanor counts, including rape, sexual battery and committing a lewd act on a child.

Authorities said the alleged victims were 14 to 27 years old, and the incidents took place during a 4½-year period between November 2002 and March 2007.

Alexander was in court Tuesday. He changed lawyers and a judge postponed the setting of his preliminary hearing date until Sept. 26.

If convicted of all the charges, he could face life in prison.

The criminal case is focused on incidents in California and Texas, where three arrest warrants were issued for the fashion designer.

Texas authorities said they plan to seek indictments for sexual assault and extradite Alexander after his California case concludes.

Investigations also are under way in New York and Massachusetts.

Two images of the 33-year-old designer have emerged as he sits in a Los Angeles County jail cell.

His supporters say he is a hard working, spiritual person who supports charitable causes and holds women in high regard.

"He was so busy with his work that he didn't have time to do any of these things," said his older sister, Sanjana Abraham. "It doesn't make sense."

Defense attorney Danny Davis said in June the case involved gossip among models who have shared their stories. Phone messages left for him recently were not returned.

Alleged victims and prosecutors, meanwhile, call Alexander a sexual predator and a fraud who used his fame and industry clout to entice young girls.

One woman said she was a Texas college student when she met Alexander in 2005.

He said he could turn her into the next "It Girl," much as he claimed he did for Paris Hilton, according to the woman, whose name was withheld because she is an alleged sexual-assault victim.

She said her father looked into the designer's background and felt comfortable about his credentials after reading several articles that depicted his rise in the fashion industry.

She said she met with Alexander in October 2005 at a hotel in Dallas, where she claims he sexually assaulted her. She went to authorities last summer, and her allegations are the subject of one of the Texas arrest warrants.

"I hope that he will never again have the opportunity to act out his rage on another woman," her father said.

Alexander came to the United States from India as a teen with his sister and mother. He graduated from the Parsons School of Design in New York in 1998 and began designing jewelry and clothing.

He made the rounds of parties and fashion events, posing with Hilton and actress Michelle Rodriguez.

He was profiled on the TV show "America's Next Top Model" in 2003 and was among 20 people profiled by Newsweek early this year as up-and-coming players in various industries.

Rather than work through talent agencies, Alexander recruited many of his models by chatting with girls and women on the Internet, authorities said.

Erin Yates, 22, who was interested in modeling, recalled her encounter with Alexander last September. She claimed he tried to ply her with wine at his New York apartment. She left after becoming agitated by his advances, she said.

"He made me very, very uncomfortable," Yates said.

Alexander may have exaggerated his haute couture. Financial records compiled by business information provider Dun and Bradstreet Corp. show paltry sales of his designs during the past two years. In addition, reports of a cable reality show proved to be false.

"I always considered him more the kind of designer in the social scene rather than in fashion," said celebrity stylist Phillip Bloch. "You don't see Calvin Klein or Oscar de la Renta at parties. They are too busy."

Hilton's publicist Elliot Mintz said the socialite appeared as a model in one of Alexander's shows but was not his client or friend.

Sanjana Abraham said her brother's arrest derailed the debut of his line of jeans at the Los Angeles Fashion Show earlier this year.

"We had investors ready to put money into the business," she said.

Alexander's family has started a campaign to free him from jail so he can fight the charges.

"Hearing those words in court is like a thousand daggers hitting me," said his mother, Shashi Abraham. "We believe in one thing - that he's innocent."