Disney's latest China strategy doesn't include Mickey, Minnie or Goofy. It's all about an enchanted vegetable. 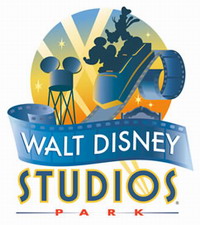 The Walt Disney Co. China announced Wednesday it will release a Chinese-language movie, "The Magic Gourd", this summer - its first co-production with the state-run China Film Group.

The movie, based on a novel written by the late Chinese children's writer Zhang Tianyi, is about a boy who discovers a gourd - a squash-like vegetable often used in Asian dishes - that grants him wishes. The story has already been adapted into a TV cartoon by state-run CCTV.

The movie, a mix of live action and animation, marks a departure from Disney's established strategy of promoting its mainstay stories and characters including Mickey Mouse, Minnie and Donald Duck.

Disney's overarching approach to cracking the Chinese market has been to flood the country with its content.

It has opened more than 4,200 "Disney Corner" merchandise outlets in stores in 25 Chinese cities, according to the Burbank, California-based Walt Disney Co.'s 2006 annual report. A TV show launched in 1994 that promotes Disney cartoons is now shown on more than 40 channels.

Disney also publishes cartoon books, and the stage productions "Winnie the Pooh," "The Lion King" and "Disney on Ice" have all been performed in China.

The Disney movies "Eight Below" and "Cars" were shown in Chinese theaters last year.

The company has also partnered with Shanda Interactive Entertainment to develop an online game in China based on Disney characters.

It opened Hong Kong Disneyland, based on the company's world-famous theme park in California, in September 2005.

Yet despite Disney's attempt to saturate the market, company executives acknowledge they need to work harder to promote Disney characters in China, where Mickey and friends are still relatively unknown.

Hong Kong Disneyland park is a case in point.

Designed as a showcase of Disney's themes for a hoped-for deluge of tourists from mainland China, the park fell short of its first-year attendance target of 5.6 million. The park's managing director, Bill Ernest, acknowledged last year the company had not done enough to promote Disney characters in China.

Disney Channel Worldwide President Rich Ross told The Associated Press in an interview last year that Disney wants to but hasn't yet launched a channel in China.

"In China, because it can't fully enter local media and entertainment due to legal restrictions, the spread of Disneyland culture is greatly limited," said Wang Ran, chief executive of China eCapital Corp., an investment bank that specializes in the media industry.

That's where a movie like "The Magic Gourd" comes in.

Disney will also not have to fight to have "The Magic Gourd" included in China's annual quota of about 20 foreign films because it is a Chinese-foreign co-production.

But analysts also say Disney can rely on its famous trove of characters to break into China and that it should be careful when incorporating local content.

"After all, it has a global brand and influence, so it's very attractive to Chinese children," banker Wang said, noting that Coca-Cola had tried but failed to launch local flavors in China.

Yet Disney's main animated movies may clear Chinese censors quite easily because they are not political, Wang said.

It wasn't immediately clear how financially successful Disney has been in China. Disney didn't immediately respond to a request for comment on whether its China operations are profitable.