The U.S. Supreme Court ruled against a death row inmate, who directed his lawyer not to present evidence that could spare him and then argued on appeal that the attorney was ineffective. 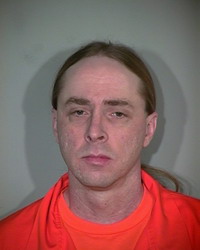 The court reversed a 9th U.S. Circuit Court of Appeals decision granting twice-convicted killer Jeffrey Landrigan a hearing on his claim that his lawyer did not do enough to ward off the death sentence.

The appeals court should have deferred to lower court rulings against Landrigan, Justice Clarence Thomas wrote for the majority in a 5-4 decision.

Landrigan, sentenced to death in the state of Arizona in 1990, argued to the court that he didn't get a chance to present evidence about his tormented childhood that could have changed the outcome of his sentence.

Landrigan made it clear at trial that he did not want his lawyer to introduce the evidence.

Landrigan escaped from an Oklahoma prison in 1989, where he was serving prison terms for a 1982 murder and a 1986 prison stabbing. After a night of drinking beer in Phoenix a month later, Landrigan killed Chester Dyer by stabbing him and strangling him with an electrical cord.

At his sentencing hearing, Landrigan repeatedly interrupted his lawyer's efforts to present evidence that showed him in a more positive light. He finally told the judge that there were not any mitigating circumstances to share.

Afterward, however, Landrigan argued that if his lawyer had explained better, he would have agreed to present evidence that he suffered because of fetal alcohol syndrome and a history of violence in his biological family. Landrigan's father had been on death row in Arkansas until he died of natural causes in 2005.

The Arizona Supreme Court, a federal district judge and a three-judge panel of the 9th Circuit all rejected Landrigan's argument. But the full appeals court reversed, saying Landrigan was entitled to a hearing on his claim that his lawyer was ineffective.