When couples marry in California, the bride simply signs a marriage certificate to take her husband's surname. The other way around? Not so easy. 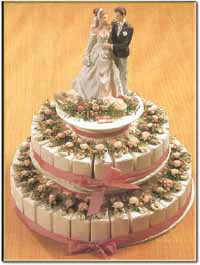 Under legislation approved Monday, men would be granted the same rights to change their surnames as women. It would eliminate the often time-consuming and costly process of going to court to change a man's last name.

The bill also would give men and women who register in a domestic partnership the same right.

"It just allows for married and domestic partner couples to choose the last name of their choosing," said the bill's author, Democratic Assemblywoman Fiona Ma of San Francisco.

Her bill passed the Assembly on a 42-20 vote and goes to the state Senate.

Under current law, a man who wants to take his wife's name must file a petition, pay about $475 (EURO 349) in fees, place a notice in a local newspaper and appear before a judge.

Ma introduced the bill after a California couple, with the help of the American Civil Liberties Union, filed a discrimination lawsuit earlier this year against the state.

Mike Buday and his wife, Diana Bijon, wanted to use Bijon's surname after they married in 2005. They said the process to do so violated the equal protection clause of the 14th Amendment. The suit is pending in federal court.

"It takes California law and puts it on a time machine from the 15th century to the 21st century," Mark Rosenbaum, legal director of the American Civil Liberties Union in southern California, said in support of Ma's bill.

The Assembly approved the bill without any lawmaker speaking against it. But it was opposed by conservatives who were critical of the rights it would extend to same-sex couples.

Republican Assemblyman Chuck DeVore of Irvine, California, said he initially sponsored the measure but withdrew his support after Ma expanded it to include domestic partners.

"When it was expanded, I got uncomfortable," DeVore said in an interview after the floor session. "I thought, 'We're going way too fast on overturning traditional society."'

There are 43,350 registered domestic partners in California, according to the secretary of state's office. No agency keeps statewide statistics showing how many husbands petition to take their wives' surnames each year.

Only seven other states - Georgia, Hawaii, Iowa, Louisiana, Massachusetts, New York and North Dakota - have statutes establishing equal name-change processes for men and women when they marry, according to an analysis of the bill by the Assembly Judiciary Committee.

In California, the rules governing name changes vary by county.

Many provide a line only for a woman to change her name. As a result, men have reported trouble using their marriage or domestic partnership certificates as proof of their new name when applying for a driver's license or state identification card, Ma said.

Her bill would require counties to use a form allowing a person to change his or her surname on either a marriage license application or a certificate of registered domestic partnership.

The measure also would help couples who want to hyphenate or combine their names. One of the more well-known examples is Los Angeles Mayor Antonio Villaraigosa, who went to court to combine his last name, Villar, with his wife's, Raigosa, when they married in 1987.

Gov. Arnold Schwarzenegger has not taken a position on the bill, said his spokesman, Aaron McLear.