A Chinese-born engineer who worked on American naval technology tried to give China information on propulsion of future submarines, and now may be convicted of conspiring to export defense materials and other crimes. 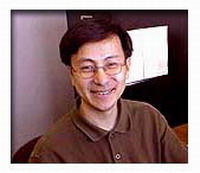 "The defendant was spying for China," Assistant U.S. Attorney Craig Missakian said in closing arguments. "This man's life has been defined by one thing and that is hiding his connection to the People's Republic of China."

Chi Mak, 66, a naturalized U.S. citizen, has been on trial for six weeks on allegations that for years he took material from his employer and gave it to his brother to pass along to Chinese authorities.

He could be sentenced to more than 50 years in prison if convicted of conspiracy to export defense material to China, failure to register as a foreign agent, attempted and actual export of defense articles, and making false statements. His wife, brother and other relatives also have been indicted.

In his closing argument, defense attorney Ron Kaye denied that Mak was a spy bent on collecting military intelligence. His client did not compromise national security and had even turned down work on a nuclear submarine project in 2004 and other opportunities related to military affairs, the lawyer said.

"Speculation, nonsense. This is what they're trying to tell you because they got nothing," Kaye told jurors. "Don't be fooled, don't be scared."

Kaye described Mak as an "absent-minded professor" who kept sensitive documents around the house and had been duped by his brother and tricked into making a false statement by a Navy investigator.

Information involved in the case was available at conferences attended by Chinese academics and students, and would not help the Chinese regarding Navy submarines, Kaye argued.

Some witnesses said Mak was hardworking during his two decades in the United States and was remarkable only for his thrift. He lived in a 700-square-foot (65-sq. meter) home despite a six-figure salary and once switched hotels to save $2 (1.5 EUR).

The government, however, said Mak's unassuming ways were part of a long-running conspiracy to take thousands of pages of documents from his employer, Power Paragon of Anaheim, and send the material to China with the help of family members.

"What the defendant was trying to do in essence was give the Chinese a guided tour of the engine room of the submarine of the future," Missakian said in his closing argument.

Missakian disputed the defense claim that the information was publicly available, saying the Defense Department had not approved its release.

The prosecutor added that Mak had received extensive training in export laws.

"If the document is in the public domain, why not fax it, why not e-mail it, why not send it by mail?" Missakian said.

Mak was arrested in 2005 in Los Angeles after FBI agents stopped his brother and sister-in-law as they boarded a flight to Hong Kong.

Investigators said they found three encrypted CDs in their luggage containing documents on a submarine propulsion system, a solid-state power switch for ships and a PowerPoint presentation on the future of power electronics.

Key to the trial was the government's allegation that Mak confessed to the conspiracy - and even named his so-called "handler" and specific restricted documents - during an untaped jailhouse interview two days after his arrest.

During the trial, Mak testified he never confessed during that interview, but admitted on cross-examination that he lied repeatedly in an earlier taped interview the night he was arrested. He also acknowledged he lied on U.S. immigration forms years before and in an application for a secret government clearance.

Kaye noted that Mak's alleged confession was not recorded, even though federal agents had recorded all other interviews in the case and had conducted video and audio surveillance of Mak and his family for months.

Kaye argued that the government concocted the confession to bolster its case.

Kaye also sought to distance Mak from his brother, Tai Mak, who is also charged in the case. The lawyer said Tai Mak may have used his brother to get information he could profit from commercially in China.

Kaye portrayed Chi Mak as a well-regarded, dedicated engineer and "a loyal American ... A man who has been defamed by this government."

Trials for Mak's brother and other family members begin later this month.