A woman has won a lawsuit seeking damages against her boss for being pressured to drink alcohol at company dinners, a court said Monday - a strike against South Korea's corporate culture where such binge-drinking outings are often a typical end to a working day. 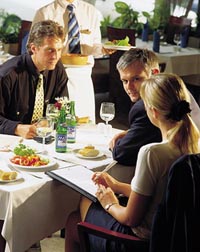 The 29-year-old woman, whose identity was not released, claimed in the lawsuit that her former boss pressured her to drink against her will at office dinners that were held at least twice a week and usually went as late as 3 a.m.

The boss, 38, identified only by his family name Choi, once threatened to have one of the woman's male co-workers kiss her unless she drank, and she also was pressured to drink when suffering from stomach problems, according to the suit.

The woman claimed in the suit that she felt she had to drink due to the "coercive atmosphere" and out of concern her career would suffer.

"It's a violation of human dignity to force one to drink against his or her will," Kang said.

The woman since quit the company and Choi also was sacked, according to news reports.