Tony Blair tomake 'definitive' statement on stepping down next week 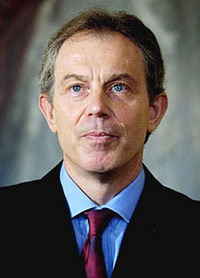 Tony Blair tomake 'definitive' statement on stepping down next week

Prime Minister of the U.K. Tony Blair decided to step out after a decade in office. He will spell out his timetable next week.

"I will make my position clear next week. I will say something definitive then," Blair told breakfast show GMTV.

Blair said last year that he would resign by this autumn and it has long been thought he would announce his departure soon after reaching Tuesday's milestone of 10 years in power. Blair's Labour Party was elected on May 1, 1997, ending 18 years of Conservative rule.

"One of the things I very much hope will be part of the legacy of the government is the strongest economy in the Western world which he has been responsible for," Blair said. "I have always said about him that he would make a great prime minister and I believe that."

Later, in a speech to Labour supporters in Edinburgh, Scotland, Blair appeared to further endorse Brown - who is Scottish - to take over when he leaves.

Blair was campaigning in Scotland, one of the key battlegrounds in local elections on Thursday. The pro-independence Scottish National Party is polling well, and Blair's Labour party is fighting to keep control of the Scottish Parliament in Edinburgh.