An anonymous jury will be seated in the upcoming trial of reputed Chicago organized crime leaders accused of taking part in a racketeering conspiracy that included 18 murders. 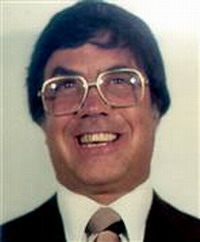 Judge James B. Zagel did not say why he decided to seat an anonymous jury in the case of Joseph "Joey the Clown" Lombardo and 10 other reputed members of The Outfit - Chicago's organized crime family. They have pleaded not guilty.

But the judge may have acted to insulate the jurors from outside pressures.

Some of the defendants could spend the rest of their lives in prison if convicted.

Eight of the 11 defendants are charged with participating in a long-running conspiracy involving 18 murders, including those of Tony "The Ant" Spilotro, The Outfit's one-time man in Las Vegas, and his brother, Michael. The Spilotro brothers were beaten and buried in an Indiana corn field in June 1986.

The indictment names three other defendants on gambling charges.

Originally, 14 people were charged. One was found dead when FBI agents went to arrest him. Another has since died. A third is not going on trial, but is expected to be the government's star witness.