Sheryl Crow and Laurie David show their efforts to stop global warming as part of the "most important mission" of the times. 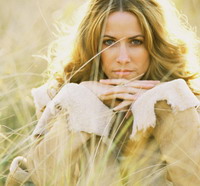 That's the hope of Grammy-winning rocker Crow and David, who produced "An Inconvenient Truth," the global warming film that won the Oscar for best documentary.

"It's great to go out and play music, and I love that, too. And it's also nice to make money. But this is not that," Crow said in an interview on Sunday. "This is a whole bunch of people dedicating their time, their lives, working for free, for a mission. And it is the most important mission."

Their differences on global warming quickly bubbled over, The Washington Post reported Sunday.

"I am floored by what I just experienced with Karl Rove," David said later. "I went over to him and said, 'I urge you to take a new look at global warming.' He went zero to 100 with me. ... I've never had anyone be so rude."

Rove said: "She came over to insult me and she succeeded."

As the debate intensified, Crow tried to calm things down but was drawn into the debate with Rove instead.

"You work for me," she told Rove, according to the Post column "The Reliable Source."

"No," was his response. "I work for the American people."

Heather Lylis, a spokeswoman for Crow and David's global warming tour, said Sunday that Crow's response for Rove was: "Yes, and I'm an American citizen."