Joe Frazier brought a lawsuit against his daughter from going the distance. 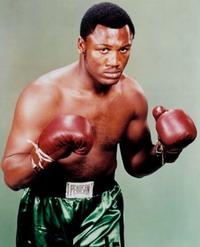 The former heavyweight boxing champion moved on Thursday to drop a lawsuit against his daughter after she pledged to help him locate his missing business records.

The files at the center of the legal dispute never left "Smokin' Joe's" North Philadelphia gym, a lawyer for Jacquelyn Frazier-Lyde said on Thursday.

"I talked to my father today and he asked me how I was doing and I told him that I loved him," Frazier-Lyde said at a press conference that focused on her campaign for city judge.

Frazier's lawyer said he reluctantly agreed to drop the suit at his client's request, although he vowed to refile it if Frazier-Lyde does not comply.

"This is about a father's love for his daughter," lawyer Michael P. Kelly said. "We're giving her a chance to live up to her word. If we're not fully satisfied, I'll be right back, quicker than a Joe Frazier left hook."

The 63-year-old Frazier filed the suit in Philadelphia Municipal Court this month charging that Frazier-Lyde refused to return contracts and other financial records she kept when she managed her father's legal affairs.

Frazier's lawyers believe he may be missing out on film royalties, product endorsement fees or other income promised in the old contracts, they said.