Japan is looking to the moon to regain some face. 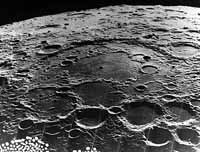 After a series of long delays, the country will launch its first lunar orbiter in August for a one-year mission intended to both explore earth's nearest neighbor and re-establish this country as one of Asia's leading space-faring nations following China's high-profile successes.

Japan's space agency, JAXA, announced last week that the much-delayed SELENE probe will be launched from its remote spaceport on the southern island of Tanegashima sometime in August aboard an H-2A rocket, the mainstay of Japan's space program.

The SELENE project - which JAXA claims is the largest lunar mission since the U.S. Apollo program - involves placing a main satellite in orbit at an altitude of about 100 kilometers (60 miles) and deploying two smaller satellites in polar orbits. Data gathered by the probes will be used to help researchers study the origin and evolution of the moon.

The mission is a stepping stone in Japan's plan to more aggressively pursue space objectives - including a lunar landing and, possibly, manned missions in space. To raise public awareness, Japan's space agency is collecting names to be launched aboard the probes in a "Wish Upon the Moon" campaign.

Officials are hoping this wish will finally come true.

Japan leaped ahead of Asia by launching the region's first satellite in 1972, but China has recently assumed the lead in Asia's accelerating space race.

China launched its first manned space flight in 2003. A second mission in 2005 put two astronauts into orbit for a week, and a third manned launch is planned for next year. This year, China also plans to launch a probe that will orbit the moon.

Earlier this month, the country launched a Long March 3-A rocket that sent a navigation satellite into orbit as part of its effort to build a global positioning system, the official Xinhua News Agency reported. The satellite is the fourth China has launched as part of the Compass navigation system, which is expected to be operational in 2008.

Japan, meanwhile, has been struggling to keep up.

Though its H-2A rocket has proved to be a reliable launch vehicle - despite a flamboyant failure in 2003 - its space forays have been shadowed by failure:

Last month, one of its four spy satellites became unresponsive due to apparent electrical problems. The other three satellites were functioning normally, but the failure left its multi-billion dollar (euro), long-awaited spy network with a significant hole.

A mission to Mars had to be abandoned two years ago after the probe moved off course.

In January, JAXA gave up on a mission to land on the moon's surface. The Lunar-A probe, originally scheduled to lift off in 1995, was to plant two seismic sensors on the lunar surface, but development of the penetrator probes took so long the mission's mother ship fell into disrepair.

An ongoing mission to bring back the first samples from an asteroid may be lost in space. Last month, JAXA vice president Kaoru Mamiya said the Hayabusa probe succeeded in getting close to an asteroid and may have been able to pick up samples, but admitted a fuel leak in 2005 and subsequent communications problems have put its 2010 return in doubt.

The 32-billion yen (US$269 million; EUR200 million) SELENE, Japan's first lunar orbiter, is four years behind schedule. In 1990, it launched a moon probe, but it did not orbit the moon as SELENE is intended to do.

The launch will be conducted by Mitsubishi Heavy Industries Ltd., which took over the launch business from the government space agency on April 1.

Other Asian nations are joining in the race.

Though most Asian countries don't have the money to compete in space, for those that can afford it, budgets are rising.

In 2000, South Korea broke ground on a US$277 million (EUR167 million) rocket launch site. It plans, with Russian help, to put a small satellite in orbit next year.

India is hoping to launch its Chandrayaan-1 moon mission this year or next, though its technological prowess and US$700 million (EUR515 million) space budget remain well behind its ambitions. China spends at least US$1.2 billion (EUR883 million) on space-related projects and the U.S. about US$16 billion (EUR12 billion).