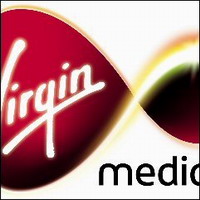 Virgin Media, formed by a merger this year between Richard Branson's Virgin Mobile and cable operator NTL Inc., filed proceedings in the High Court under Britain's Competition Act and the European Commission treaty, which prohibit a company from abusing its dominant position.

The company said it was resorting to legal action after Sky rejected an offer to solve the dispute through arbitration by an independent expert.

Virgin stopped airing basic BSkyB channels, dropping popular programs such as "Lost," "24," and "The Simpsons," earlier this month after the pair failed to agree on pricing for the channels.

"This dispute is one very specific example of how U.K. consumers are being denied the benefits of a diverse, dynamic and competitive pay-TV market," said Virgin Media Chief Executive Officer Steve Burch.

"Litigation is obviously a serious step and a last resort but we are determined to have these issues resolved as quickly and fairly as possible," he added.

Mike Darcey, BSkyB's chief operating officer, said in a statement that the action was "without foundation" and "an obstacle to bringing back Sky's basic channels for Virgin Media customers." Darcey said the company had invited Virgin to restart negotiations.

BSkyB has long dominated pay TV in Britain, accounting for around 70 percent of the country's pay-TV subscribers. But the arrival of Virgin Media has threatened a shakeup of the status quo and relations between the two have become increasingly rancorous in recent months.

Virgin said that Sky had forced it to accept a reduction of approximately 85 percent in the fees that it pays for Virgin Media channels such as Living, Bravo and Trouble in January, despite a significant increase in the channels' popularity.

Then in February, Virgin said, Sky attempted to double the fees Virgin pays for carrying Sky's basic channels on the Virgin Media network, despite a reduction in the channels' popularity of about 20 percent over the last three years.

Sky's services were pulled when Virgin refused to pay the increase. Sky has since promoted the withdrawal as a reason for Virgin Media customers to switch to Sky, posting billboard advertisements such as "Get Jack Back," a reference to the main character in "24."

The content pricing dispute followed a falling out between the two companies last year when BSkyB gazumped Virgin by taking a 17.9 percent stake in ITV PLC after Virgin had begun talks with the commercial broadcaster about a merger.

Britain's telecommunications regulator last month began an investigation into the pay-TV market, following complaints from Virgin that Sky has too much control over the domestic media.

The watchdog, Ofcom, will take a broad look at the pay-TV industry, including content control and distribution ownership on cable, satellite, digital terrestrial television and broadband TV, but is expected to focus on Sky.