The parent company of three casinos bearing Donald Trump's name rejected the results of a vote by dealers at Trump Plaza to join a labor union. 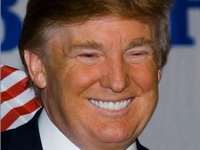 Trump Entertainment Resorts Inc. filed an objection with the National Labor Relations Board seeking to set aside the results of a March 31 election in which dealers voted by a more than 2-to-1 margin to join the United Auto Workers.

The vote was the second this year in which Atlantic City dealers chose to unionize. Workers at Caesars Atlantic City did so earlier this year. Their union was automatically approved when the casino's parent company, Harrah's Entertainment Inc., declined to challenge the election results.

The UAW is also seeking an election to establish a union at another Trump property, Trump Marina Hotel Casino.

The UAW's national offices were closed Monday, and union officials did not immediately respond to phone and e-mail messages seeking comment on the Trump challenge.

Trump Plaza's challenge centers on a March 25 rally in which the union, Democratic Rep. Robert Andrews of New Jersey, and other politicians counted union pledge cards signed by dealers.

Trump Plaza claims the union wrongly represented to voters that the labor board supported the union in the election, and that the rally gave the false impression that the union was already the certified representative of dealers before the election.

Those actions "destroyed the laboratory conditions necessary for a free and fair election," Trump Plaza asserted in papers filed with the board.

The company asked the labor board to set aside the results of the vote and order a new election "so that employees are permitted the opportunity to exercise their rights to make a free and uncoerced decision as to whether they desire to be represented by the union."

The board gave no timetable for ruling on the objection.