While the former Qwest Communications chief executive Joe Nacchio is accused of illegally selling stock he wanted to resign from the company because one of his son's attempted suicide. 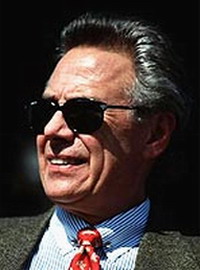 "He was quite agitated, very emotional. In fact, he broke down in tears," Anschutz told jurors as the first defense witness in Nacchio's insider trading trial. "I was quite surprised of the news of his son and further surprised by the fact that he would want to resign from the company."

The publicity-shy Denver billionaire, who hired Nacchio to turn Qwest into a major telecommunications company, said Nacchio took time off but soon returned to work.

"We didn't spend any time talking about compensation or about him staying at Qwest. We talked about his son," Anschutz said of conversations in January 2001. "It was a matter of some days. A couple of weeks. I don't recall."

The judge agreed earlier Thursday to permit Anschutz's testimony, which is designed to give jurors an idea of Nacchio's state of mind at the time of the $101 million in stock sales that are the subject of the 42 insider trading counts against him.

Defense attorney John Richilano told U.S. District Judge Edward Nottingham that Nacchio could have walked away without exercising stock options coming due that year. He said a "state of mind to cheat and fraud pales in significance to what was going on with his son."

Over the prosecution's objection, Nottingham allowed the testimony.

Nacchio's attorneys have said it will not take long to present his defense.

"We anticipate our entire case to be a day and a half, and that doesn't include the decision whether Mr. Nacchio will testify," Richilano said during a private bench conference Wednesday. The transcript of the conversation was made available Thursday as the defense prepared to present its case.

Richilano said the defense would decide over the weekend whether Nacchio will testify.

The Rev. Giles Hays, a Roman Catholic abbot in Morristown, New Jersey, testified that he had many meetings with Nacchio after his son, David, attempted suicide. He said Nacchio wanted to resign from Qwest to be closer to his family in New Jersey. "I recommended that he not quit Qwest and keep on with his career," Hays said.

Anschutz described the company's early days and his first meeting with Nacchio. He testified about Nacchio's employment contract, which included shares representing 3 percent of the company's growth, or about $27 million, by December 2001.

The so-called growth shares are included in the government's allegations that Nacchio illegally sold $101 million worth of stock during the first five months of 2001 based on inside knowledge that Qwest would be unable to meet revenue targets.

Prosecutors rested their case Wednesday after calling 20 witnesses over the course of 10 days who testified they were worried that Qwest faced financial risk because of its heavy reliance on one-time sales to meet revenue projections.

Prosecutors have maintained Nacchio continued to issue optimistic advisories to investors and analysts as he dumped his own stock.

The defense says Nacchio legally exercised stock options under terms of his contract and was optimistic about Qwest's future because he anticipated lucrative contracts with clandestine government agencies.

Each of the 42 insider trading counts against Nacchio carries a penalty of up to 10 years in prison and a $1 million fine.