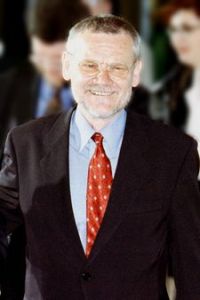 The new checkups showed the cancer of the former prime minister and the leader of the opposition party Ivica Racan spread to his brain, party said Thursday.

Ivica Racan was admitted to a Zagreb clinic last week for a post-operation treatment after doctors removed a cancerous kidney and a metastasis in his right shoulder in a German hospital in mid-February.

His state worsened two days ago and checkups showed Wednesday that his cancer had spread to his brain, his Social Democrats party said in a statement.

Racan, 62, announced he was temporarily withdrawing from politics in February, when he was diagnosed with cancer, saying he would think of a possible return after the surgery.

The new diagnosis makes his return highly unlikely, harming the party's prospects in parliamentary elections set for November - Racan has been en emblem of the party and no other party member has reached his popularity. The Social Democrats have been ranked just behind the ruling Croatian Democratic Party in most polls - even leading in some.

Racan was premier from 2000 to 2003, leading Croatia's first pro-Western governing coalition after the authoritarian and nationalist rule of late President Franjo Tudjman.

He was born in 1944 in a Nazi labor camp in Ebersbach, Germany. In the communist-run former Yugoslavia, he was a Communist, but later transformed his party into a pro-Western, center-left group.