A teenager in Arizona is charged with terrorism when he confronting a girl with a knife and later was found with a backpack full of restraining devices and weapons. 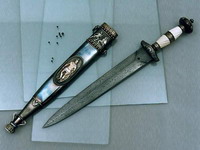 The 14-year-old boy told police that he planned to hold his class hostage, Maricopa County.

When the teen was arrested two weeks ago, county officials said he had plotted a "Columbine-like" scenario, comparing his plans to the 1999 deadly shooting massacre at Colorado's Columbine High School.

The teen also was charged with aggravated assault with a deadly weapon and kidnapping, as well as a misdemeanor count of carrying a weapon on school grounds, Thomas said Monday.

He will be tried as an adult, said Barnett Lotstein, a spokesman for Thomas.

The boy was arrested at his home in Mesa on March 23. Police said they discovered weapons in his backpack, including a .25-caliber handgun loaded with a full clip of bullets and one in the chamber, plus a box of 28 rounds of ammunition, Mesa Police spokeswoman Diana Tapia said.

Police said they were alerted by a girl who said the boy confronted her with a knife.

Holly Hosac, another Mesa police spokeswoman, said the teen was a good student but apparently had trouble with another boy at school.