A retired lawyer accused of negotiating to sell paintings allegedly stolen by a former client, including a $30 million (EUR 22.8 million) Cezanne still life, was indicted. 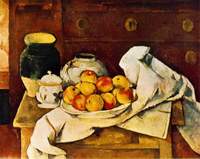 A federal grand jury on Thursday indicted Robert R. Mardirosian - of both Falmouth and St. Paul de Vence, France - with one count each of possessing, transporting and selling stolen goods that had crossed U.S. borders, according to U.S. Attorney Michael J. Sullivan.

Mardirosian, 72, took possession of seven pieces of art that were stolen by one of his clients from Michael Bakwin's home in Stockbridge, Massachusetts, during the 1978 Memorial weekend heist, Sullivan said.

The indictment also seeks the forfeiture of six of the stolen paintings. The seventh and most expensive piece, by French impressionist Paul Cezanne, was returned to Bakwin in 1999 in exchange for him relinquishing all claims to the remaining artwork, authorities said.

A call to Mardirosian's Falmouth home was not returned. A message was left at the office of his attorney, Michael F. Hanley, the AP reports.

Mardirosian faces a maximum sentence of 10 years in prison.

The alleged thief, David Colvin, was killed over a gambling debt a year after the artwork went missing. In 1988, Mardirosian moved the paintings to Monaco, thinking he might have a legal claim to ownership or a 10 percent "finder's fee," according to court filings.