A woman who had an abortion but still gave birth has filed a lawsuit against two doctors and a family planning organization seeking the costs of raising her child. 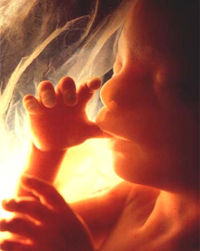 The complaint was filed by Jennifer Raper, 45, last week in Suffolk Superior Court and still must be screened by a special panel before it can proceed to trial.

Raper claimed in the suit that she found out she was pregnant in March 2004 and decided to have an abortion for financial reasons, The Boston Globe reported in its Wednesday editions.

Dr. Allison Bryant, a physician working for Planned Parenthood at the time, performed the procedure on April 9, 2004, but it "was not done properly, causing the plaintiff to remain pregnant," according to the complaint.

Raper then went to see Dr. Benjamin Eleonu at Boston Medical Center in July 2004, and he failed to detect the pregnancy even though she was 20 weeks pregnant at the time, the lawsuit alleges.

It was only when Raper went to the New England Medical Center emergency room for treatment of pelvic pain in late September that year that she found out she was pregnant, the suit said.

Raper and her lawyer, Barry C. Reed Jr., refused comment when contacted by the newspaper, and a spokeswoman for Planned Parenthood said the organization does not comment on pending litigation, reports AP.

Raper's suit has no mentions of medical problems involving her now 2-year-old daughter.