Turkey warned Lebanon and Egypt on Tuesday not to press ahead with oil and gas exploration deals signed with Cyprus, saying Turkey and Turkish Cypriots also had rights in the region. 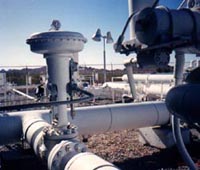 Turkey was "determined to protect its rights and interests in the eastern Mediterranean and will not allow attempts to erode them," Turkey's Foreign Ministry warned in a statement.

Lebanon and Cyprus signed an agreement for the delineation of an undersea border on Jan. 17 to facilitate future oil and gas exploration between the two east Mediterranean countries.

The 200 kilometer-wide (120 mile-wide) seabed separating Lebanon and Cyprus is believed to hold significant crude oil and natural gas deposits. The exclusive zone agreement is designed to mark the underwater areas where each country can carry out exploration and exploitation work once oil or gas is discovered.

A similar agreement signed between Egypt and Cyprus allowed for the joint exploitation of potential undersea oil and gas fields between the two countries.

Turkey and Greece came to the brink of war in early 1987 over a similar oil drilling rights dispute in the Aegean Sea. A clash was averted after Turkey withdrew a seismic exploration ship and agreed not to test in contested waters if Greece did the same.

Any crisis between Turkey and EU-member Cyprus over exploration rights could potentially drag Greece into the dispute and could also further complicate Turkey's relations with the EU, which has agreed to slow down membership negotiations with Ankara over its refusal to open ports and airports to Greek Cypriot vessels and planes.

Turkey and Greece have nearly gone to war three times in the past four decades over territorial disputes, including the 1987 standoff.

The Turkish Foreign Ministry said Turkey had "legitimate and legal rights and interests" in the eastern Mediterranean and insisted Turkish Cypriots also had a say on oil and gas rights concerning the island.

"The delineation of the continental shelf or of exclusive economic rights in the eastern Mediterranean is only possible through arrangements that would take into account the rights and interests of all parties," it said.

It also said Lebanon had signed the deal despite assurances to Turkish leaders that it would not, the ministry said.

"Cyprus does not represent the whole of the island," the Turkish statement said. "Therefore laws on the issue enacted by the Greek Cypriot government or agreements made with other interested parties have no validity for us."

"We remind them to also take into consideration the will of the Turkish Cypriots and not to take any initiatives that may negatively affect the process of resolution of the Cyprus issue," the ministry added.

The Mediterranean island has been divided into a Greek Cypriot south home of the internationally recognized government and Turkish Cypriot north since a Turkish invasion in 1974 sparked by a coup supporting union of the island with Greece. Turkey has no diplomatic relations with the government in the south and supports a breakaway Turkish Cypriot state, recognized only by Ankara.

The internationally-recognized Cypriot government said it would launch an international tender in February for offshore oil and gas exploration rights.

Turkish Cypriot leader Mehmet Ali Talat has said his people would not renounce oil and gas rights in the Mediterranean and warned of rising tensions if deposits were not jointly exploited by the two communities.