Ten political parties and 19 civic movements opened their campaigns Tuesday for a referendum on whether to make abortion legal in Portugal, with recent opinion polls indicating the conservative Roman Catholic country is ready to end its ban. 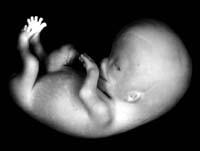 Portugal's 8.7 million registered voters are to cast their ballots Feb. 11 on allowing abortion up to the 10th week of pregnancy. The eve of the vote is an official day of reflection when opinions polls and campaigning are forbidden.

Portugal has one of the most restrictive abortion laws in Europe. The procedure is allowed only in the first 12 weeks of pregnancy and only in cases of rape, fetal malformation or if a mother's health is at risk.

In Europe, only Poland and Ireland have similarly restrictive rules on abortion. Malta forbids abortion altogether.

During the official 11-day campaign period the parties and registered civic groups are entitled to free broadcast time on national radio and television and the use of public buildings for rallies.

Recent polls have suggested the "Yes" vote will gather around 60 percent of the vote.

The referendum will be the second in nine years on the issue. A 1998 ballot on legalizing abortion was declared void because of a low turnout, but with the "No" vote winning narrowly. More than 50 percent of registered voters need to cast ballots for a referendum to be valid.

The governing center-left Socialist Party, which has long insisted on a relaxation of the abortion laws, says women simply seek abortions either at back-street clinics or by traveling to countries where abortion is available at private medical centers.

Pro-choice groups claim around 10,000 women are hospitalized every year with complications arising from botched back-street abortions. Opponents dispute the figure, the AP says.

Resistance to a relaxation of the law is led by right-of-center political parties and the influential Catholic church. Bishops and parish priests have already spoken from the pulpit against any legal changes.

The government, wary of another low turnout, has said that if the referendum is declared void but the "Yes" vote collects more support it will change the law in Parliament where it has an overall majority.