Japan has no plans to abolish death penalty

Japan's justice minister said Tuesday he has no plans to abolish the nation's death penalty, defending the execution of four Japanese inmates conducted on Christmas Day. 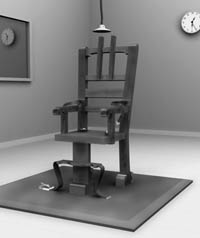 Japan has no plans to abolish death penalty

"At the moment, I have no plans to make any changes," Jinen Nagase told a news conference. "I understand there are variety of views on the issue, but 80 percent of the public has no objection to the continuation of the death penalty."

On Monday, four executions were carried out - the first since Nagase was appointed to justice minister under Prime Minister Shinzo Abe, who took office in September.

The executions were also the first to take place in Japan since September 2005. Nagase's predecessor, Seiken Sugiura, was an opponent of the death penalty and did not sign an execution order during his 11 months in office.

Executions are relatively rare in Japan. The government is extremely secretive about its death penalty and tends to carry out hangings when parliament is not in session. The latest parliamentary session ended last Tuesday, the AP said.

The government lifted a four-year moratorium on capital punishment in 1993. Until 1998, it refused to publicly acknowledge executions.

With Monday's executions, Japan now has 93 inmates on death row, according to the Justice Ministry.