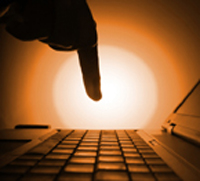 The six were identified as five Moroccan nationals and one Spanish woman from the Spanish enclave of Ceuta in north Africa, police said in a statement. They did not say when the arrests were made.

The suspects are alleged to have created bogus Web pages that people logged onto to add money to prepaid cell phone accounts. The suspects then collected bank account data for subsequent fraudulent use, reports AP.

Police launched the investigation a year ago when a man said someone had stolen all the money from his bank account. In the operation, police seized more than 500 forged credit cards.